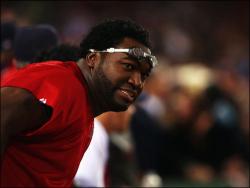 The National Weather Service posted a tornado watch for the state, through 6 p.m. Tuesday.

Vermont Emergency Management spokesman Mark Bosma says downed trees have caused road closures in Alburgh and Williston, and nickel-sized hail and a 45 mph wind gust were also reported in Williston. Trees were also down in Sheldon, St. Albans and Highgate.

Weather Service meteorologist Maureen Breitbach says there have been reports of tornadoes, but none confirmed yet.

The storms knocked out power to about 11,000 homes and businesses served by Central Vermont Public Service, and by 5:30 p.m. all but 3,200 were without power.