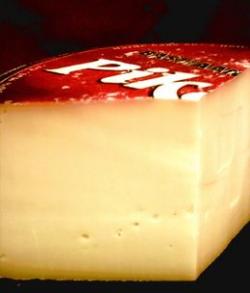 Around the year 1000, the area where Gouda now is located was swampy and covered with a peat forest, crossed by small creeks such as the Gouwe. Along the shores of this stream near the current market and city hall, peat harvesting began in the 11th and 12th centuries. In 1139, the name Gouda is first mentioned in a statement from the Bishop of Utrecht.

In the 13th century, the Gouwe was connected to the Oude Rijn (Old Rhine) by means of a canal and its mouth at the Hollandse IJssel was developed into a harbour. Castle Gouda was built to protect this harbour. This shipping route was used for trade between Flanders and France with Holland and the Baltic Sea. In 1272, Floris V, Count of Holland, granted city rights to Gouda, which by then had become an important location.

Great fires in 1361 and 1438 destroyed the city. In 1572, the city was occupied by Les Gueux (Dutch rebels against the Spanish King) who also committed arson and destruction. In 1577 demolition of Castle Gouda began.

In the last quarter of the 16th century, Gouda had serious economic problems. It recovered in the first half of the 17th century and even prospered between 1665 and 1672. But its economy collapsed again when war broke out in 1672 and the plague decimated the city in 1673, even affecting the pipe industry. After 1700, Gouda enjoyed a period of progress and prosperity until 1730. Then another recession followed, resulting in a long period of decline that lasted well into the 19th century. Gouda was one of the poorest cities in the country during that period, even the terms "Goudaner" and "beggar" were considered synonymous.

Starting in 1830, demolition of the city walls began. The last city gate was torn down in 1854. Only from the second half of the 19th century onward, Gouda started to profit from an improved economic condition. New companies, such as Stearine Kaarsenfabriek (Stearine Candle Factory) and Machinale Garenspinnerij (Mechanized Yarn Spinnery), acted as the impetus to its ecomomy. In 1855, the railway Gouda-Utrecht began to operate. In the beginning of the 20th century, large scale development began, extending the city beyond the its moats. First the new neighbourhoods Korte Akkeren, Kort Haarlem and Kadebuurt were built, followed by Oosterwei, Bloemendaal, and Goverwelle after World War II.

From 1940 on, backfilling of the city moats and canals began: the Nieuwehaven, Raam, Naaierstraat, and Achter de Vismarkt. But because of protests from city dwellers and revised policies of city planners, Gouda did not continue backfilling moats and canals, now considered historically valuable. In 1944, the train station was damaged during an Allied bombardment, killing 8 and wounding 10 persons. This bombardment was intended to destroy the railroad connecting The Hague and Rotterdam to Utrecht. Since 1977, the weekly pig market, the largest in the Netherlands, is no longer held in the city.